THE NIGHT THE SHEPHERDS
NEVER FORGOT 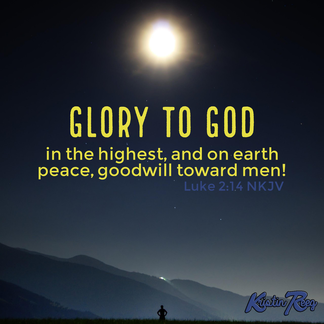 Merry Christmas! As we sing “Oh, Come All Ye Faithful” and “Joy to the World,” we remember why we celebrate the birth of Christ. Even as a baby, Jesus Christ was a king. From His first few breaths of air, He was worthy to be adored. Jesus is 100% human and 100% divine. Jesus’ birth was so huge a miracle that it was accompanied by an entire host of heaven.  The barn was too small to hold the angelic choir, so the angels overtook the night sky with their praise instead.

“And there were shepherds living out in the fields nearby, keeping watch over their flocks at night” (Luke 2:8). The shepherds were watching for wolves, not angels the night Christ was born. They were trying to protect the sheep from predators. They knew nothing of a man named Joseph and a young woman named Mary. They were unaware that the Messiah, still in the womb, had traveled through unforetold obstacles to arrive in the City of David. The shepherds, who spent their days and nights in the fields, had no idea that all the rooms were booked in the entire city. No, the shepherds were not planning a birthday party. They were doing what they were trained to do, watch over the sheep.

Imagine it. No street lights. No lamps. No flashlights. No cell phones. The only light was the glow provided by the moon and stars. And then, suddenly, an angel appeared with a great light, and the shepherds heard a voice saying, “Fear not: for, behold, I bring you good tidings of great joy, which shall be to all people” (Luke 2:10). This was a night these shepherds would never forget.

We never know what God is planning. We cannot predict the moment when our everyday is interrupted by a divine encounter. After 400 years of silence, the heavens opened and an entire angelic choir visited shepherds. The angels didn’t visit the king. The angels didn’t seek out the priests. The angels visited the shepherds. They were out in the fields. They probably got lonely and often felt like they were forgotten. But in the midst of their everyday tasks, God sent a company of angels to tell them the greatest news mankind has ever heard.

Friend, God sees you. He has not forgotten you. It may feel like you’ve been walking through 400 days of heavenly silence, but God has not ignored your prayers. God sees your tears. God will reward your faithfulness. Our God is still the God of suddenlies. You may feel as though you have been traveling in the darkest of night with only the glow of the moon to guide your steps, but there is a new day dawning. Listen to the voice of the angel, and fear not. Choose to believe again in the Lord of the Breakthrough, in the God of angel armies, and in the God of divine supply. He is the God who changes not. He is still the God of suddenlies. What you have need of, He is more than able to supply!

Come, Lord Jesus. Come with Your divine presence and authority. Come and invade our everyday with tidings of great joy!